Your spirit is the true shield

The Aikido Club is one of the oldest and longest running clubs in Maynooth and has been in existence since at least 1982. It has run continuously since then. Aikido is a Japanese martial art. The idea is to avoid an attack, blend with your attacker and establish control. Aikido is suitable for people of all shapes and sizes. At the beginning no level of fitness is required. Benefits include self-discipline, increased fitness, better posture, balance and breathing, and a physical competence and confidence in movement. Aikido is a non-competitive martial art and we practice by working together rather than trying to defeat each other. A typical class starts with some simple exercises followed by posture and movement work. We then usually move on to ukemi (how to fall) and some Aikido techniques. In the first few classes the emphasis will be more on the movement and ukemi than on the techniques. (Don't worry we always teach you how to fall before we throw you!) We welcome beginners at all times. The Maynooth Aikido club is quite small and most of the people are beginners. If you want to try something new come along on any Tuesday at 7pm or Thursday at 6pm. Wear loose clothing - tracksuit is ideal (we do a lot of kneeling down so shorts are a bit hard on the knees). We are affiliated to the Irish Aikido Federation and through them to the International Aikido Federation and the Aikikai Hombu Dojo in Japan. Our current instructor is Detta Dickinson (5th dan).

When it becomes possible we hope to run an outdoor socially distanced weapons class. 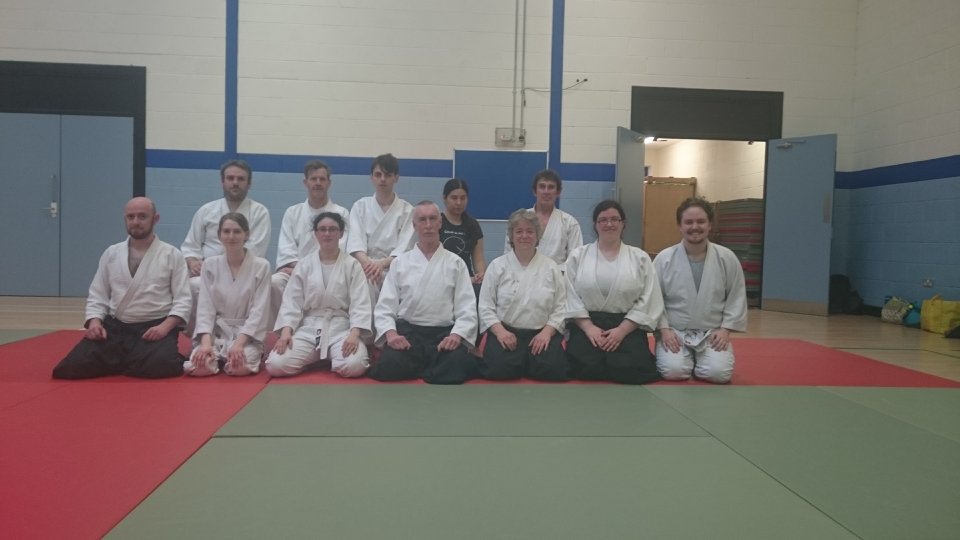 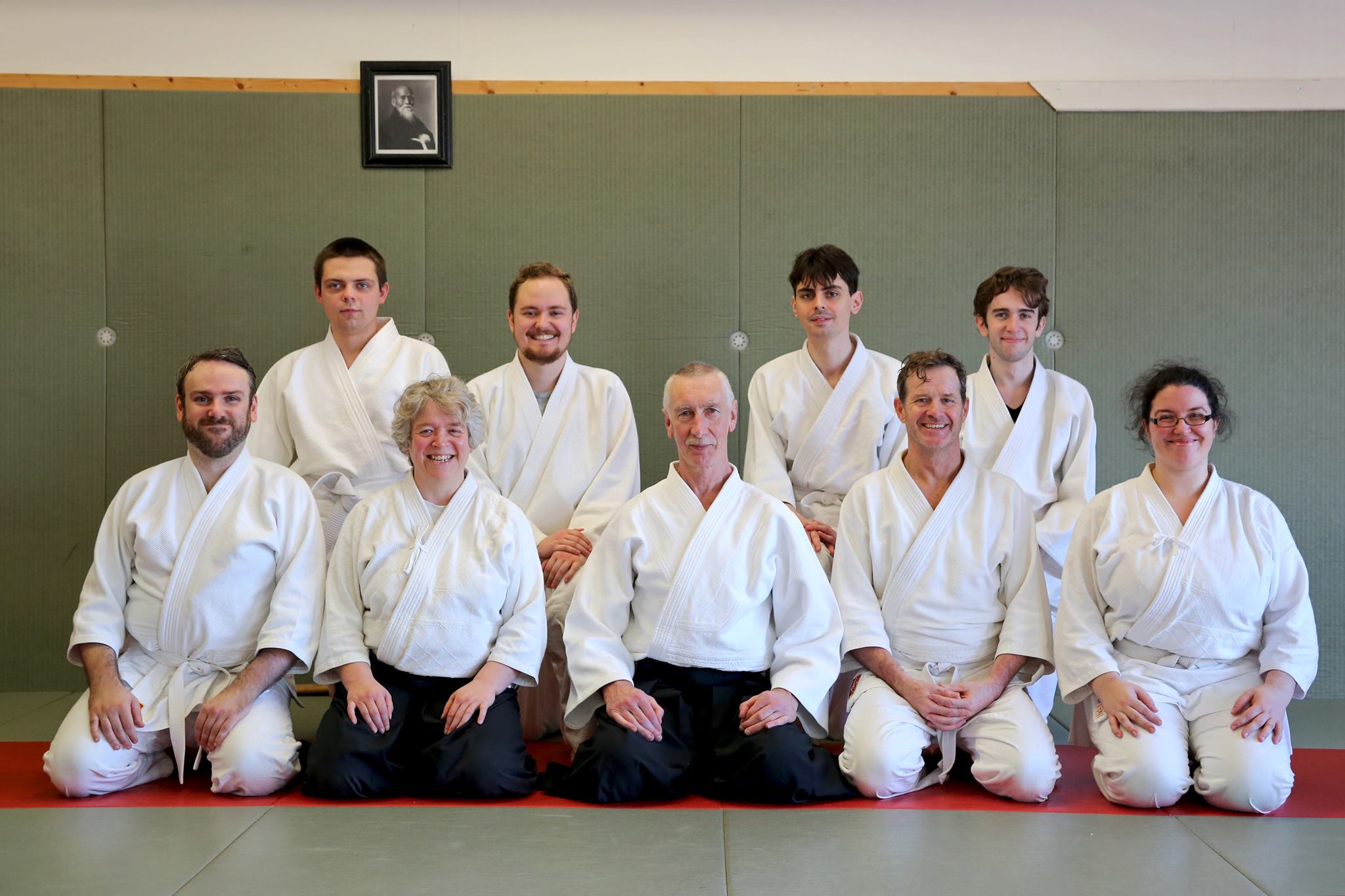