Putting the Social into Socialism 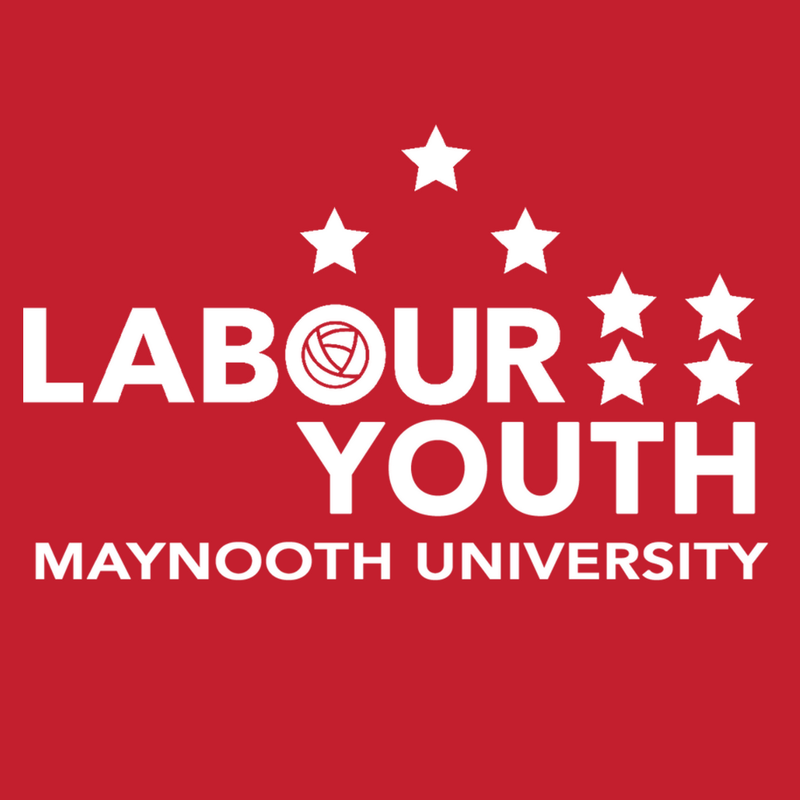 The Labour Society is one of the most active political societies on campus! and we have big plans for this year, we will be running events on

- A United Ireland and many social events including "Cocktails with Comrades" with other Labour Societies from UCD, DCU and Trinity.

Become part of a national and European network of Social Democratic and Socialist Youth fighting for a more just and equal Ireland and Europe. Joining Labour Youth enables you to work with young people from across Europe in Young European Socialist events, and plenty more international opportunities.

What is Labour Youth?

Labour Youth is a Social Democratic youth organisation for those aged 16- 30. We have been to the forefront of several campaigns in the last few years including: Ending Zero Hour Contracts, Repealing the 8th Amendment, European Youth Guarantee, #RelaunchingEurope, The introduction of a living wage, A more progressive tax system, Challenging sexism, homophobia, and transphobia,

Internationally, we are affiliated to the Young European Socialists (YES) and the International Union of Socialist Youth (IUSY)

History of Labour Youth : Labour Youth was established in 1979 after the Party leader Frank Cluskey, working with the General Secretary, had set in process the establishment of a youth section in 1978. A Consultative Conference to set up Labour Youth took place in the Mansion House prior to Christmas 1978. The first annual conference of Labour Youth took place in on May 13th 1979 and saw the emergence of the Militant Tendency as a force to be reckoned with in the Youth section and in the Party at large. John Kelleher was elected as the first chair of Labour Youth and Jane Scott was the first secretary. The first major campaign run by Labour Youth was on Youth unemployment. The campaign leaflet advocated socialism as the solution to unemployment so that essential industries and services shall be brought under public ownership and democratic control . At the second annual Labour Youth Conference in November 1980 an emergency motion was passed calling for an end to the death penalty. The conference took place in Liberty Hall and was addressed by the Party leader Frank Cluskey. The mid-eighties saw heavy campaigns of solidarity with Dunnes Stores employees against Apartheid; Labour Youth members regularly joined the picket lines to fight against South African products being sold in its stores. Labour Youth members helped to raise awareness for the protest and donated over £1900 to the low-paid striking workers in their time of need. The campaign against low pay was the next major movement in which Labour Youth was involved.

As early as 1985 Labour Youth helped to sponsor the Give Youth a Future campaign. Members were involved in pickets of dole offices, educational visits to schools, and a meeting with then Minister for Labour, Ruairi Quinn TD. Campaign organizers also submitted a budget proposal to the Minister for Finance. The campaign escalated into an organised nationwide campaign in 1990 after statistics proved what Labour Youth was saying all along: 25% of Irish workers were paid below the European Decency Threshold, 60% of those were women, and 70% of young workers were under the decency standard. In the 80 s Labour Youth reached its highest level of activity and campaigning. Annual conferences drew hundreds of delegates and most constituencies had active youth sections. At this stage Labour Youth was able to call and mobilise for demonstrations in Dublin City Centre that would attract more than 1,000 people. in 1988 Labour Youth membership reached a high of 1,200 members and a left based coalition of candidates including Joanna Tuffy took control of the leadership of Labour Youth. This ended the leadership of Militant within Labour Youth and the leaders of Militant were shortly afterwards expelled from the party. Labour Left, a section of the parliamentary party, had a number of supporters in the Labour Youth ranks and these members influenced the direction Labour Youth took in this transitional period.

Members also played an active role in the campaign to elect Labour Party nominee, Mary Robinson, the first female President of Ireland. The Robinson campaign energised Labour Youth once again and led to an influx of new members. These new members formed the base of Labour Youth for years to come. These new members had a flair, like Robinson, for reviving and creating institutions that others previously saw as stagnant or unneeded. Two examples of such organisations are the National Youth Council of Ireland, which they heavily influenced in the early nineties, and the European Council of Socialist Youth, which they were instrumental in founding in 1992.

This spirit of renewal continued with the creation of the Tom Johnson Summer School, a forum for all Labour members to discuss and learn, in 1994. During the early nineties Labour Youth Members continued to campaign against unemployment, emigration and on housing. Labour Youth members campaigned heavily for the abolition of fees which was brought in by the Labour Minister for Education Niamh Bhreathach. In 1999 the Labour Party merged with Democratic Left which resulted in the previous chair of DL Youth been appointed as co-chair of Labour Youth. In the summer of 2001 Labour Youth was one of many international groups that organised a 300,000 strong protest against the G-8 in Genoa. In 2002 and 2003 Labour Youth members played an active role in campaigning against the planned reintroduction of third level fees by the Fianna Fail and PD government. Several student activists involved in fighting fees in grassroots groups like the Campaign For Free Education went on to become involved in Labour Youth.

In August 2003 Labour Youth held a special conference and adopted a new constitution and set of structures. A conscious decision was taken to move away from centralised top down structures to an acitivist model based on bulding Labour Youth on the ground. Since then Labour Youth has campaigned heavily on issues such as housing, anti-racism and against the War on Iraq. Labour Youth has also played a key role in the boycott Coca Cola and Shell to Sea campaigns. Our members were heavily involved in the campaign against Michael McDowell s racist referendum in June 2004.

Labour Youth opposed the formation of the National Government of Fine Gael and the Labour Party following the 2011 General Election, in which party leader Eamon Gilmore became Tánaiste. Labour Youth members played an active role in the succesful campaign to elect Michael D. Higgins as the ninth President of Ireland in October 2011. The number of Labour Youth societies in colleges has tripled and the membership of Labour Youth has also tripled in the last couple of years making us the fastest growing youth movement in Ireland. 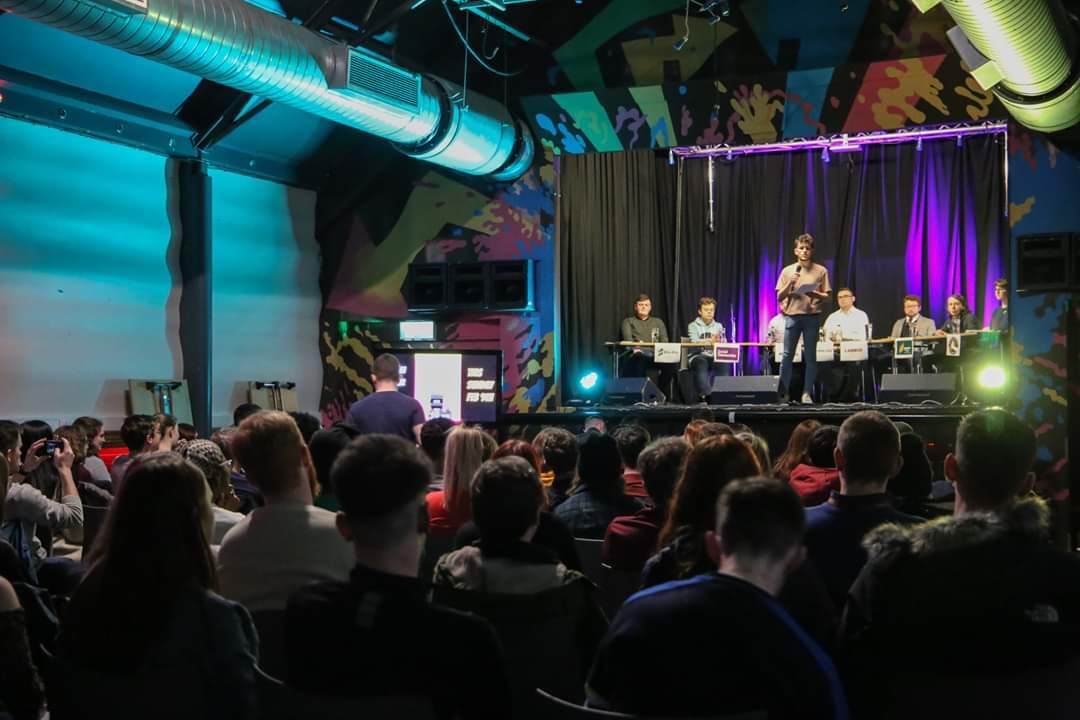 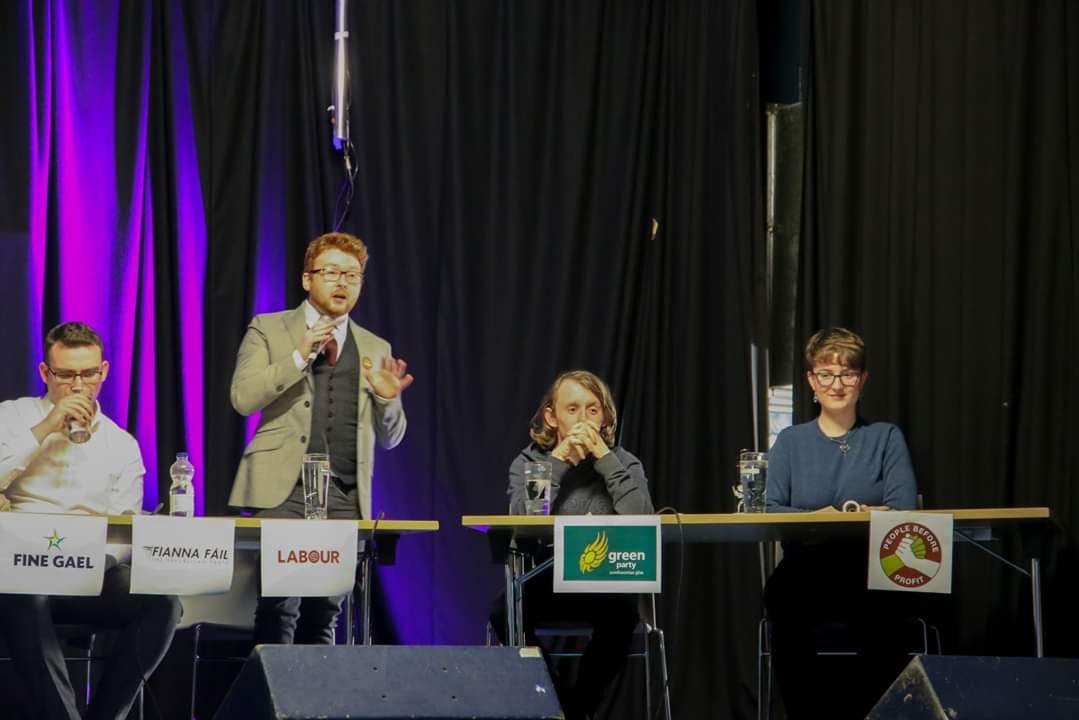 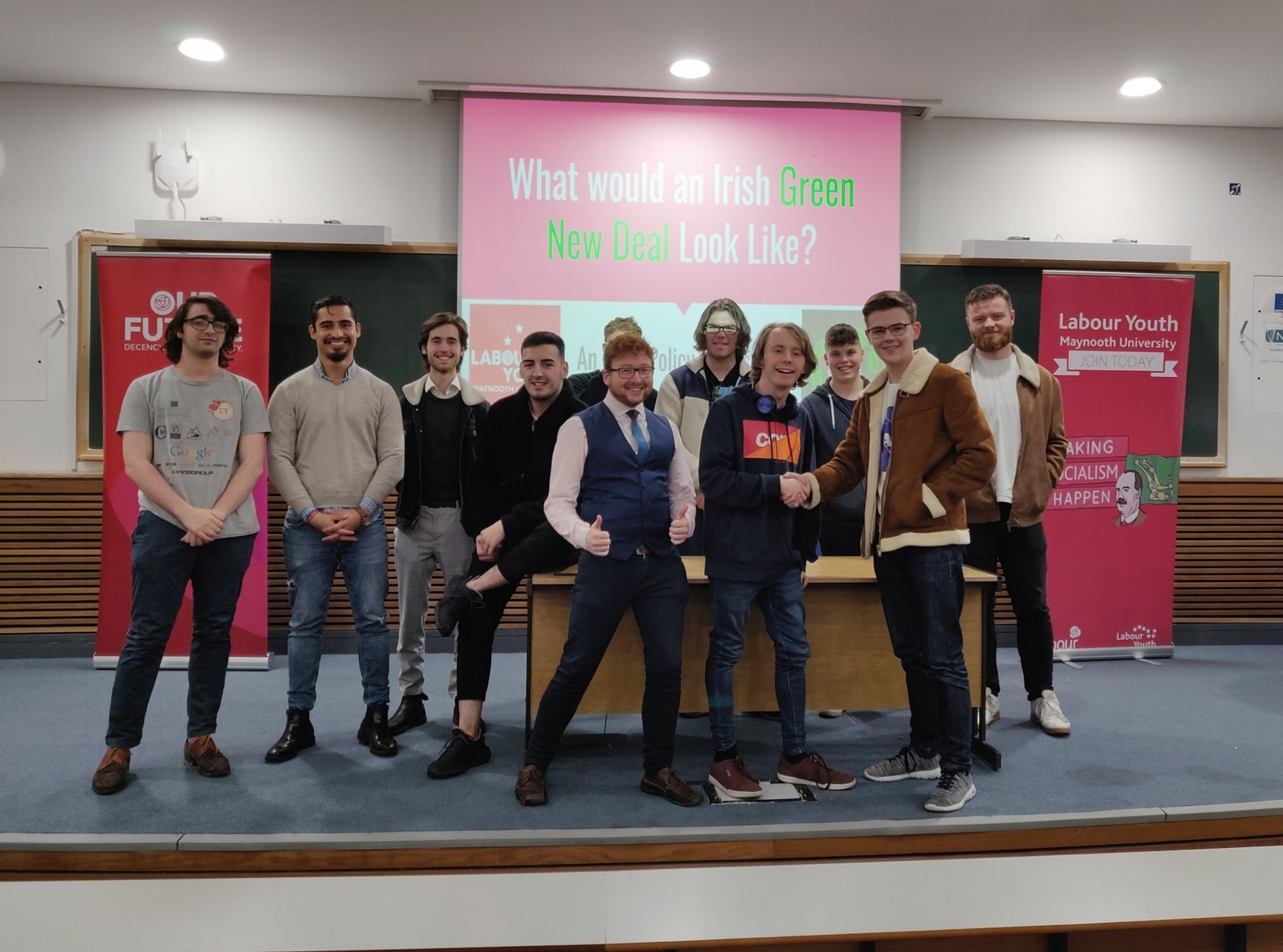 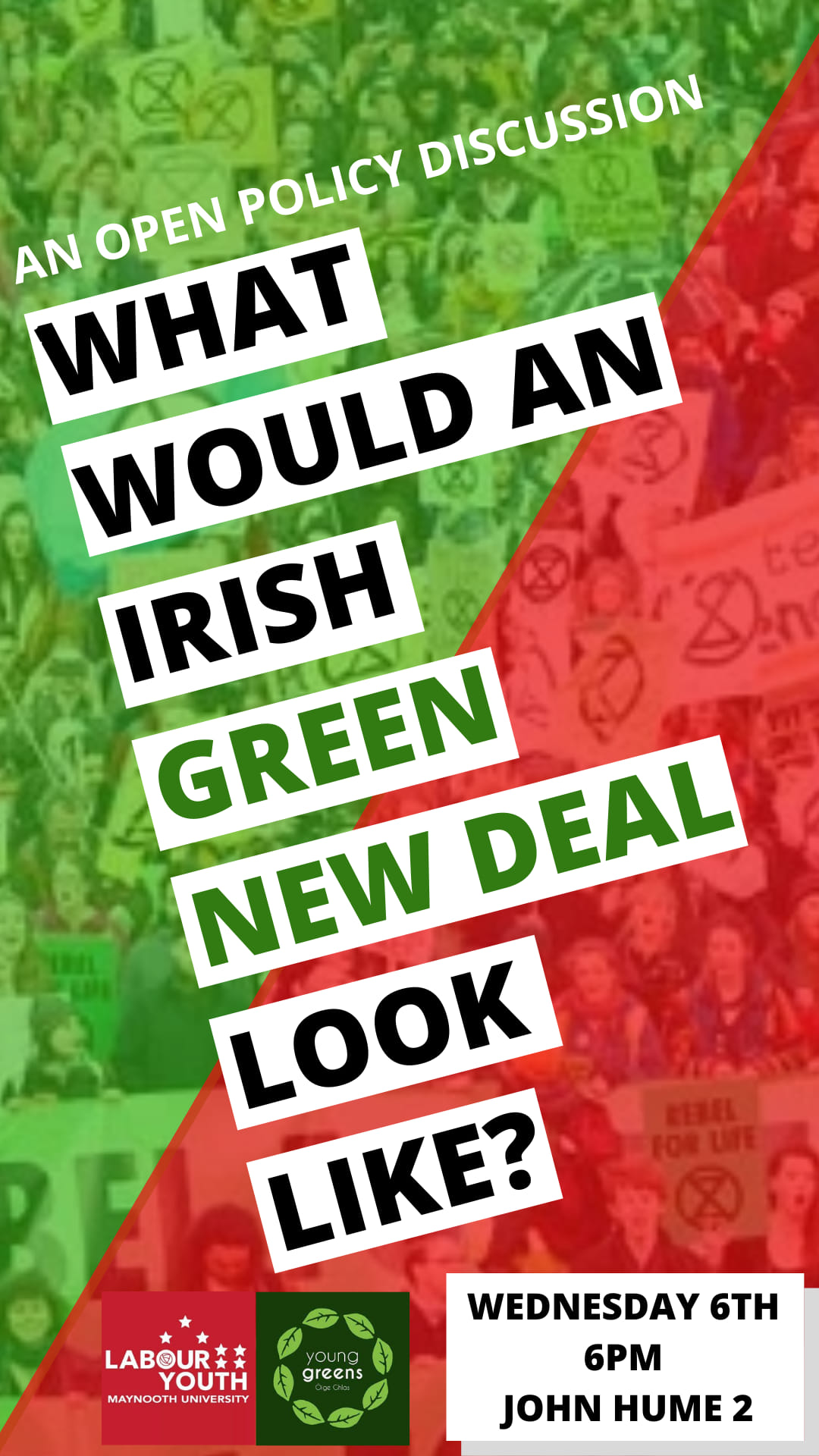 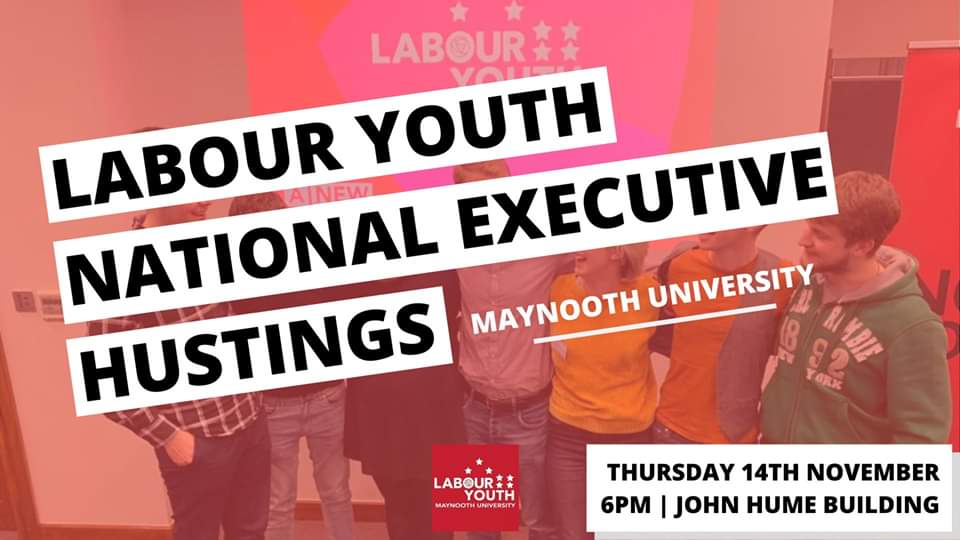 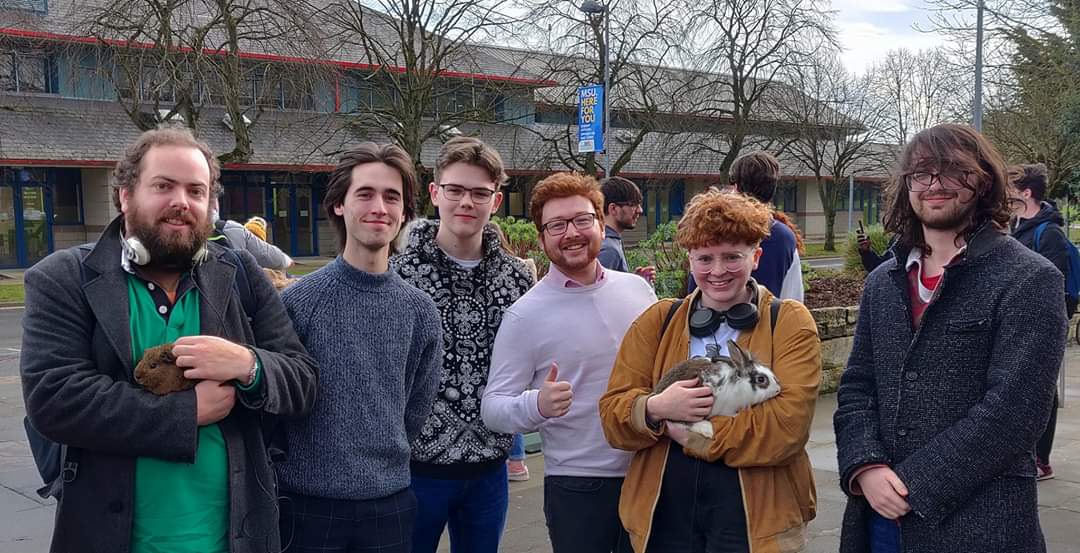